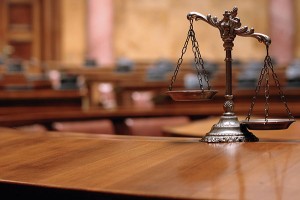 The domestic violence case against a Seymour police sergeant accused of beating his teenage son was dismissed Thursday.

Sgt. John D'Antona's attorney said Thursday that if his client wasn't a cop, "he never would have been arrested."

Attorney E. Gregory Cerritelli of New Haven said this was a parental discipline case, and said it's sad that parents can't discipline their children without fear of arrest.

D'Antona was arrested in April on charges of risk of injury to a minor and third-degree assault, after an incident March 28 at D'Antona's Ansonia home. According to the arrest warrant affidavit, D'Antona's son told police that his father swore at him, threw him onto a recliner and hit him three or four times in the face.

The charges were later reduced to breach of peace.

In Superior Court Thursday, Senior Assistant State's Attorney Kevin Dunn entered a nolle in the case. He then agreed to Cerritelli's request for a dismissal.

Cerritelli said that D'Antona only slapped his son once in the face.

Since his arrest, D'Antona and his children have gone to counseling, and D'Antona has attended parenting classes, Cerritelli told the judge. He said D'Antona has gained full custody of his sons.

After the judge dismissed the case, Cerritelli said D'Antona was looking forward to putting this behind him.

"He's an excellent father and an outstanding police officer who's enjoyed an unblemished 20-year career," he said.