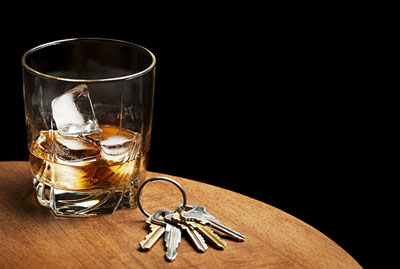 Even the most seasoned DUI attorney will tell you that driving drunk is never a good idea. While it is true that we help clients fight the charges that come with getting arrested for driving under the influence of drugs and alcohol, it is still not a good idea to engage in such behavior. There are any number of issues beyond the dangers of running into local law enforcement that can occur while driving intoxicated.

Anyone driving under the influence of alcohol or worse, illegal drugs, will have a significantly slower reaction time than when sober. No matter the time or situation, drivers need to have their wits about them to make a snap decision.

The Consequences Far Outweigh the Means

Driving under the influence means that you are impaired and may not be able to make the decision in the split-second necessary to prevent an injury or loss of life. As a DUI attorney, the saddest thing we ever have to do is represent clients who have accidentally killed someone while driving drunk. As a DUI attorney, our goal is to make sure we minimize the legal impact of driving under the influence and being arrested and charged as such.

However, in many situations, people who cause damage to life, property, or themselves have to deal with the long-term consequences that come from internally processing what they did. As such, virtually every DUI attorney who has dealt with horrific cases strongly recommends that one does not drink and drive, but calls a cab or get a ride from a friend instead. Another serious mistake people make when they are driving drunk is to believe that they can fool the law enforcement officer into believing that they have not been drinking, or at least not been drinking significantly enough to be arrested for a DUI.

As a DUI attorney, we will be the first to tell you that this is probably not going to work. Just because you have popped some Tic-Tacs in your mouth, masking the smell of the alcohol, does not mean the officer is not going to be suspicious. In fact, most law enforcement officers who we know — and as a DUI attorney, we know many — will admit that if a person has the smell of Tic-Tacs in their mouth, chances are that they have been drinking and this will make the stopping officer even more suspicious. Your best option if you have been drinking and are stopped by law enforcement is to cooperate to the best of your ability and then pick up the phone and call our office as soon as you have the opportunity to exercise your Miranda Rights.

This holiday season and year-round, remember that if you have the opportunity to have a designated driver, this can save you a lot of pain and heartache and potentially a brush with the law. If you do drink and drive, make sure you know where and how to reach our office so that you can speak with a DUI attorney in the event of being arrested and charged with this crime.

Do I Need a DUI Attorney for a First Offense?

What Should I Do If I’ve Been Charged With DUI?