1. Where did marijuana become legal after the November 2016 election? 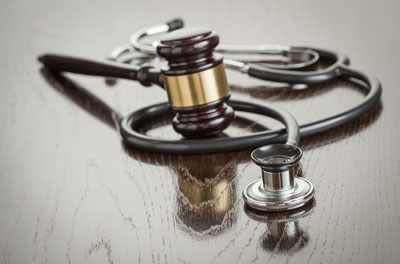 Four states voted to legalize the recreational use of marijuana including California, Maine, Massachusetts and Nevada. There like in Colorado, Oregon Washington and Alaska—marijuana is completely legal to use and possess without a doctor’s prescription—though each state does put limitations on its use and possession.  Additionally, three more states approved medical marijuana programs.

2. In the states where marijuana is legal –what is being done to regulate its use?

Each state does impose restrictions—they do not allow unfettered use and possession of marijuana. For example in Massachusetts, marijuana is handled like alcohol. The substance is regulated and taxed. You need to be 21 years old to use it or grow it and it limits the amount a person can possess to 10 ounces for possession in one’s home and 1 ounce in public.

Massachusetts   already had some marijuana friendly laws in place. The use of medical marijuana was approved in 2012 and simple possession (an ounce or less) was decriminalized in 2008.

3. What is the status of marijuana in Connecticut?

Connecticut has decriminalized marijuana but has not legalized it– meaning it is no longer a criminal offense to possess but if someone is caught with marijuana he or she could be exposed to a civil penalty. For example if someone is caught with less than ½ ounce of marijuana he or she would be exposed to a civil fine of $150 for the first offense. If the person is under 21 he or she could also face license suspension. The penalties are ratcheted up for subsequent violations within certain time periods for ex. a second offense carries a $500 fine; a third offense within one year carries a $1000 fine etc.  The New Haven based criminal defense attorneys at Knight & Cerritelli, LLC represent clients charged with criminal drug offenses and those accused of possessing small amounts of marijuana.

Additionally in 2012 Connecticut approved marijuana for medical purposes. To qualify for a medical marijuana card patients need to register with the state of Connecticut and have certain debilitating conditions plus a doctor’s order.

Possessing more than a half of an ounce of marijuana is a criminal offense–a misdemeanor- and carries up to a year in jail.

Sale of marijuana—no matter the quantity- by an unlicensed person is still a felony and carries a sentence of up to seven years in jail in Connecticut.  The attorneys at Knight & Cerritelli frequently help clients facing drug charges throughout Connecticut in cities including; New Haven, Meriden, Waterbury, Hartford, and Bridgeport to name a few.

Ironically, marijuana is still illegal federally and   is considered a Schedule I controlled substance- the same as heroin.  Under the Obama administration however there has been an understanding if you will not to prosecute marijuana crimes by licensed growers in states that have legalized it.

4. What are States doing with the revenue generated by the sale of marijuana?

The states are taking the revenue generated from the income and taxes   to do things such as fund education; help communities harmed by the war on drugs;  employ additional police officers; and bolster other state services.

Although it has been a boon to the economy in places like Colorado there has been  an uptick in  some unfortunate health consequences as well and an uptick in patients going to the  hospital with marijuana-related issues.

Is Recreational Marijuana Use in Connecticut Legal?