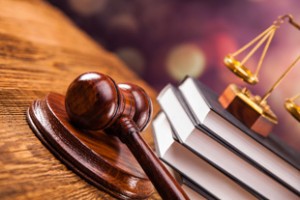 A day after a strip club owner said he'd close his establishment for good, police announced the arrest of a teenager in a slaying that occurred inside the nightspot.

Steven Gary, 17, of 112 Greenwood St. faces charges of murder, unlawful discharge of a firearm and reckless endangerment in the May 21 slaying of Ephraim Gilliard, 28. The shooting happened at Live Wire, a dance club at 588 Ferry St. in Fair Haven.

Sgt. Bryan T. Norwood, head of detectives, said Gilliard was shot after an altercation inside the club but may not have been the intended target.

Gary was jailed Thursday at the Community Correctional Center in Bridgeport in lieu of $125,000 bond. Hew has been incarcerated since June 16th on other charges stemming from a violation of probation.

Police say Gilliard and Gary were at Live Wire during an after-hours party. Gary and another man allegedly got into a fight inside the club moments before the shooting. Police say Gary pulled out a handgun to retaliate and shot Gilliard by mistake.

"We feel it was unintended." Norwood said.

Announcement of the arrest came a day after Live Wire owner Jermain Fuller withdrew an appeal of a city order that forced him to shut down.

Fuller decided to stop fighting efforts by the city to keep the controversial club closed and hope instead to turn the building into affordable housing.

City officials have maintained the Live Wire's after-hours activities violate zoning laws. The club also has been criticized because three murders have occurred in or near it in the past decade ad neighbors say it attracts prostitutes and drug dealers.

The Gilliard slaying happened three days before a city cease-and-desist order would have closed the club.

Gary emerged as a suspect early in the case and was questioned by police two days after the killing.

Norwood said police secured a warrant for his arrest this week.

During the seven week investigation, he said, Detective Reginald E. Sutton interviewed a witness who identified Gary as the shooter. Detective Raphael Segarra Jr. also interviewed a series of witnesses "who led us to our conclusion," Norwood said.

Conway's partner, Tara L. Knight, has filed a police internal affairs complaint against the detective bureau, maintaining they forbade her from getting access to her client while police questioned Gary May 23rd.

She stated police "flat out denied me access to my client advising me that my client was not a minor and had not requested an attorney," according to her complaint.

"The continued interrogation of a … 17 year old boy while counsel, at his mother's request, waited in the lobby of the police station is egregious," Knight wrote.