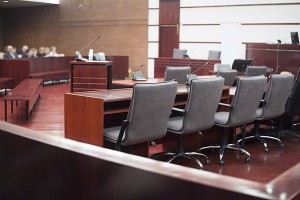 NEW HAVEN – Superior Court Judge Thomas O'Keefe has found Darryl Bolden not guilty in a 2010 case in which an ex-girlfriend had accused him of assault, burglary and other charges.

Attorney Tara Knight, who represented Bolden, 42, said he the defendant had elected to waive his right to a jury trial.

Bolden of West Haven was found not guilty of unlawful restraint, first-degree burglary, risk of injury to a minor and assault.

Raynetta Woods had accused Bolden of Coleman Street in West Haven, of breaking down her front door when she lived on Lexington Avenue in New Haven and beating her in front of her then 7-year-old daughter.

The judge ruled on Dec. 4, after a two-day trial, dismissing the charges Woods brought by Woods on April 10, 2010, Knight said.

Knight said she was able to cast doubt on Woods' account by questioning the woman about past incidents in which she allegedly had given police false information about Bolden.

The case was prosecuted by Assistant State's Attorney Marc Ramia, who could not be reached for comment.

Knight said Bolden has been free on bail since the charges were brought. She said he has been living with the uncertainty of the pending case since then and is happy it has been resolved in his favor

Knight said she hopes the state "will do the right thing" and dismiss two pending charges of violating a protective order that Bolden is still facing.