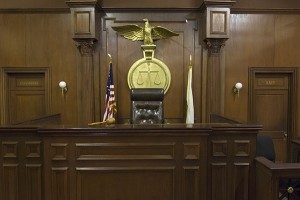 Two West Haven youths may be heading for a trial this fall in Milford Superior Court on charges that they participated in a racially charged beating of a black teenager in March.

John Buonomo, 17, of Park Street, and Robert J. Cahill, 19, of Noble Street, appeared in court Tuesday with their attorneys and several family members. Both face charges of assault.

Tara L. Knight, attorney for Buonomo, said she rejected the State's Attorney's Office's offer for accelerated rehabilitation for her client. "He's completely innocent and he wasn't involved," Knight said after the court appearance.

Antonin Buonomo, Buonomo's father and a West Haven city Council member, sat with his son during the brief court appearance. he later proclaimed his son's innocence.

"I think the whole thing was blown way out of proportion," he said. "They got the wrong kids."

Their case was put on a trial list and bother were ordered to return to court on September 10th.

Assistant State's Attorney Kevin Lawlor said earlier that the judge saw enough evidence to proceed with the case. "They can complain all they want but the judge has found probable cause," he said.

The case stems from a March 28th assault on a 15 year old black New Haven boy, who was walking along Campbell Avenue with a 13 year old white West Haven girl. Six youths; four white and two black, were arrested and dace assault charges.

James Stevens, 18, and James Greco, 17, of Cottage Street, also appeared in court Tuesday in connection with the case. their cases were continued to Aug. 27.

The black youth, who has recovered, has claimed Greco used a racial epithet during the alleged beating, but Greco denied the allegations.

Greco, who was with his Attorney Richard W. Lynch Tuesday, was the only teenager charged under the state's hate crimes statute. But local civil rights leaders have said the beating underscores predominant racism in the city.

Stevens said before the court appearance that he never touched the black youth, although he was allegedly nearby.

"I know in my heart I didn't do nothing," he said.